Among the many benefits of LDI (Rabbi Joel S Geffen Leadership Development Institute) are the many informative and interactive learning sessions. One such example at this year’s LDI was a panel discussion on how to run FJMC programs the “recommended” way. The focus of this presentation was to share the importance of presenting programs a certain way, so that they are properly received and so that they give the maximum benefit. While we all like to put our own spin on things and inject our own style into a program, sometimes straying too far from the original concept changes the impact and can dilute the message or effectiveness of the program itself.  The featured presenters and topics for this panel were Charles Richards for the Yellow Candle Program, Lester Shapiro for Men’s Club Shabbat, Alexander Kiderman for World Wide Wrap and Build-A-Pair and Aren Horowitz speaking on behalf of Hearing Men’s Voices. Aren Horowitz discussed the beginnings of Hearing Men’s Voices and how he was among the first group of FJMC members who was asked to create a series of discussions for men to read and comment on. He wrote on several different topics of importance and meaning to him at that time, including the loss of his second child, and spoke about how deeply these discussions were able to touch people.

He also pointed out that while HMV cannot only help a club by giving an additional venue for members to meet one another, it’s also a factor in qualifying for an FJMC Quality Club Award.  HMV has many varied subjects and discussions, all designed to give the participants a deeper insight into themselves and one another. An important concept of HMV is stated as “What happens at HMV, stays at HMV”. Total discretion and trust are a must so that no one feels uncomfortable speaking about their feelings or experiences. As a result, HMV strengthens the ties among members. That is a major benefit of this program. There is a wealth of Hearing Men’s Voices information available on fjmc.org. It’s a program worth offering.

Lester Shapiro gave an amazing amount of information about Men’s Club Shabbat and how to implement it. He gave many fine hints as well.  He pointed to the FJMC website as an invaluable resource for informative articles and a wealth of information for making your Men’s Club Shabbat a success, from planning to logistics to ideas for expanding the concept beyond the one day.  While FJMC usually recommends that it coincide with the special Shabbat HaChodesh, usually in March, it can be held at any time convenient to your synagogue and club calendars. Some of you also may not be aware that the FJMC has a magnificent Sefer Haftarah scroll that travels around the country.  You can also coordinate your Men’s Club around its schedule and plan to have it as part of your service. We were fortunate enough to have it at our Men’s Club Shabbat 2 years ago, and it generated amazing interest from the congregation. Lester stressed the importance of advance planning. By knowing the talents and abilities of your members, you can make the most of them while getting others to step out of their comfort zone. He suggested the prospect of combining your Shabbat with Hearing Men’s Voices (on a topic discussing, for example, Men as Role Models”) or Shomrei Ha’Aretz, FJMC’s environmental based program. Another important concept he brought out was the importance of practicing brotherhood by visiting other clubs’ Shabbats to show support and solidarity for one another. The FJMC website, fjmc.org, has full information available for planning and implementing your Men’s Club Shabbat.

Alex Kiderman’s segment was about how to run a World Wide Wrap and Build-A-Pair program. The World Wide Wrap is the FJMC annual program that celebrates the mitzvah of wrapping Tefillin by inviting all men, women and children to wrap Tefillin as a worldwide event. He enlightened many of us to the history of the World Wide Wrap program, which I was not fully aware of.  At the 1999 convention, FJMC showed the film “The Ties That Bind”, delving into the total experience of Tefillin by combining interviews with Midrash excerpts, other texts and a systematic guide to actual practice. The film really gives heart and soul to this mitzvah and inspires many men and women to adopt it into their daily lives. He stressed the importance and benefits of running the program the “recommended” way. Some of the benefits he pointed out about the program were intergenerational involvement, with parents and grandparents helping children learn. In fact, it’s an excellent way to increase the attendance of students’ parents and grandparents. Synagogues can collect Tefillin for use at these events or to give to those who need them. This event is a judgment free zone, with one helping another with this right of passage and everyone feels good about it. He suggested FJMC’s spiritual guide, “First Thoughts: A Tefillin Spiritual Primer” as an excellent source, available on fjmc.org. He went into detail, as well, about preparing for the World Wide Wrap. A full guide for organizing and implementing World Wide Wrap is also available at www.worldwidewrap.org. This is an incredibly fun and rewarding program to implement.

He also spoke with us about Build-A-Pair, where students build and decorate their own Tefillin which they then use for the World Wide Wrap. The FJMC website, www.fjmc.org, has an entire section with everything you need for setting up Build-A-Pair, as well as educational information for your Hebrew School teachers for working with them in advance of the Build-A-Pair event.  It’s an incredible and well developed program for educating our students in the mitzvah of Tefillin. And the kids love showing off their creations at the World Wide Wrap while being a part of something much larger.

It’s always so refreshing to see how much the kids enjoy building their own Tefillin and then learning to use them. They also express their creativity by composing “wrap” songs. And it’s a great photo op as well.

Charles Richards handled the segment on running the Yellow Candle Program. This is a Holocaust remembrance program centered around Yom HaShoah. Each year FJMC produces these special yellow memorial candles as a fundraiser, but more importantly, a spiritual focus, keeping the memory of so many alive by lighting candles in their memories. FJMC has a database available to you on fjmc.org with names that can be printed on cards and given to the recipients of the yellow candles. This greatly increases the impact, as it reminds us that these people weren’t just a part of “The Six Million”, but that each has a name. If the recipients of the candles place the name cards in front of the candle when lighting, and post to social media, it also widens the exposure of the program and reminds us that each individual had a name. Full information on implementing the Yellow Candle Program is also available at www.fjmc.org. 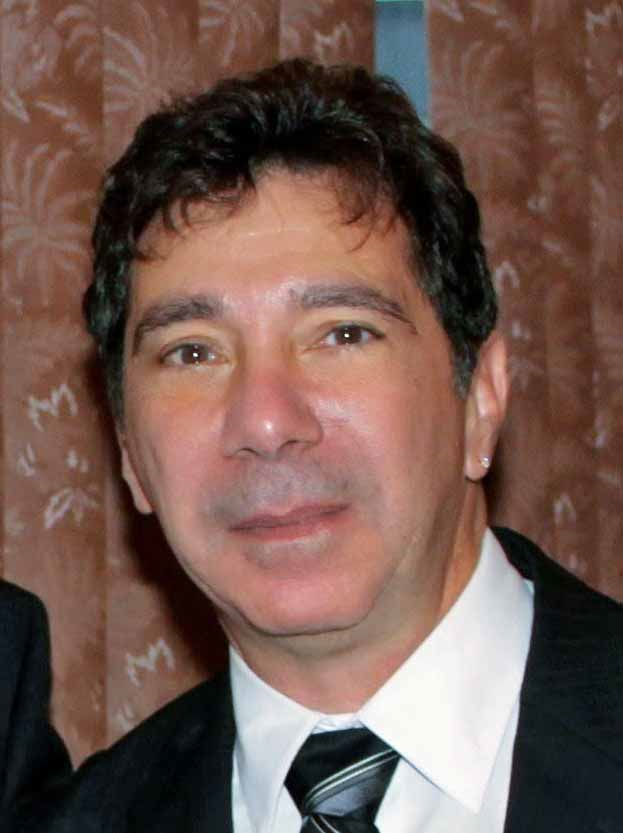