Following is a very personal story regarding the family of one of our members. It describes a very bad time for the human race, especially for the Jewish population in Europe during the 1940’s.

The Federation of Jewish Men’s Clubs (FJMC) has developed a program to honor the fallen and also remember the tragedy of the Holocaust. This program is called the Yom HaShoah Yellow Candle and consists of a yellow yarzheit candle made in Israel, and placed into a metal container, which is available to light on Yom Hashoah and also anytime during the year.

When I was around 10 years old I came home from school and showed my Mom a funny symbol that someone had drawn on my hand. I had no idea what the swastika represented and how this directly impacted my family. 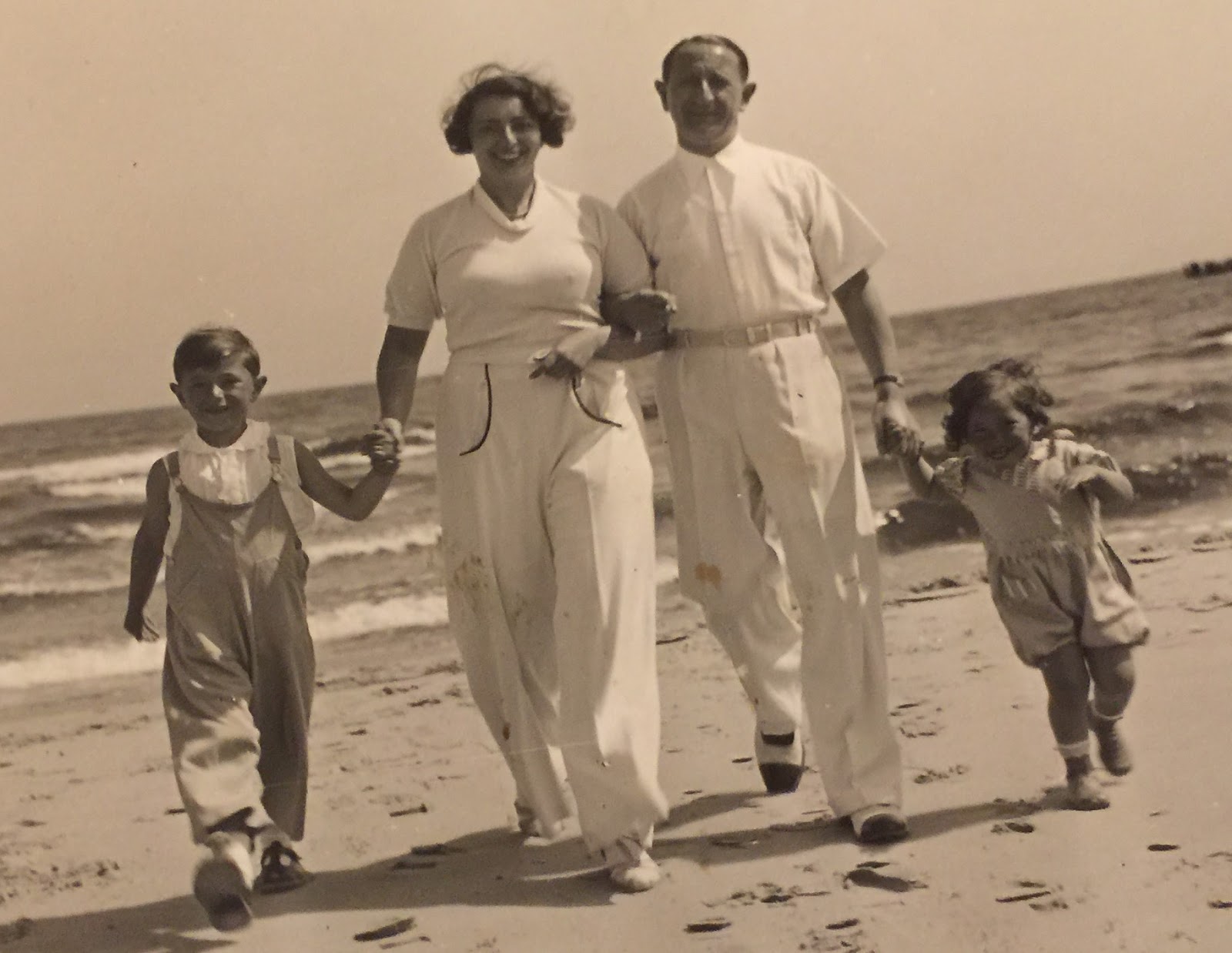 Both my parents were born in Europe and survived the Second World War there. My Dad was fortunate enough to escape to Switzerland. My Mom, though, spent two years in the Westerbork and Bergen-Belsen concentration camps.

Eva Neumann was born on May 23, 1931 in Berlin, Germany to  upper middle-class parents. Her Dad (my Opa) owned a big department store and her Mom (my Omi) came from a family of wealthy merchants. As was most common in those days, my grandparents were very patriotic Germans. My grandfather fought in the First World War and was actually injured fighting the Americans. Naturally, with Kristallnacht their lives changed and my grandfather decided to go to Philadelphia and make arrangements for the rest of the family (my Mom had a brother Kurt) to follow. Because my grandmother’s parents had already left Germany in 1938 to settle in Amsterdam, she decided to settle there with my Mom and her brother and wait for my grandfather to arrange their arrival in America. Unfortunately, visas could not be obtained and with the outbreak of the Second World War, my Mom along with her Mom and brother were trapped in Europe while her Dad anguished in Philadelphia.

My Mom’s plight was similar to Anne Frank’s; the only big difference is that Anne did not survive. As a matter of fact, one of my grandmother’s best friends from Holland, Mrs. Pearlberg, was one of Anne’s teachers. Both my Mom and her family and the Franks were eventually rounded up by the Nazis, sent to Westerbork and then to Bergen-Belsen.

My Mom did not talk about her experience as a 12- and 13-year old in a concentration camp while I was growing up. I absolutely knew that she was originally from Germany but besides that she did not share the details of this part of her childhood. That all changed in 1974 when I played the role of Otto Frank in  my high school’s production of The Diary of Anne Frank. Seeing me on stage in that role that so closely mirrored her life thirty years earlier really affected her. For the first time my Mom started to talk about her experience and seeing me up there on the stage brought out a sense of Jewishness that she had never expressed before. I was raised in a very non-observant home and although I became a Bar Mitzvah both my parents were agnostics at best. My Mom used to say that how could she believe in religion after what she went through? Nonetheless, after the play my parents went to Israel for the first time (and returned two more times) and came back with a strong affinity toward the Jewish state.

My Mom’s life was not always easy. Besides surviving the camps, being treated as an enemy alien upon her arrival at Ellis Island, starting school in Queens, NY without speaking a word of English and contracting TB due to the war, she survived and made a good life for herself. She raised my sister and me in a nice community in Teaneck, NJ.  She had many friends, took fabulous trips to Europe with us and had a loving marriage to my Dad for over 50 years.

Both my parents are now deceased and I truly miss them very much on a daily basis. It is for this reason that I run my shul’s Yom HaShoah program every year as well as support the FJMC Yellow Candle program. My Mom survived a difficult adolescence and I owe it to her to continue her legacy. That is why I feel obligated to contribute in my small way to ensure that no one ever has to endure something like the Shoah again.

There is the educational Yellow Candle guide and more information available at www.yellowcandle.org.

Danny Mandeau is currently the FJMC 2021 Convention Chair. He also serves as a VP on the New England regional board. Danny is also very involved with his shul, Temple Emanuel of Newton, MA where he has held many roles including Brotherhood president and long-serving Yom HaShoah Chair.