The New England Region held its VeTreat 2020 on Saturday evening and Sunday morning, June 13-14, instead of our annual TheRetreat at Camp Ramah in Palmer MA. One hundred thirty men registered, and close to 100 attended each session. There was no fee to attend but voluntary contributions could be made to the Tikvah Program at Camp Ramah for special needs kids, the Abayudaya coronavirus lockdown fund of FJMC,  and/or sponsorships to defray the cost of speakers. 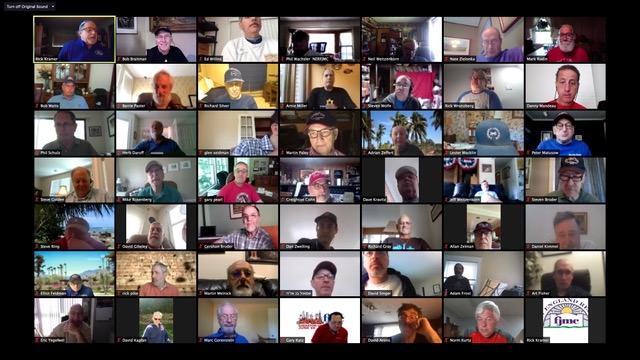 Saturday evening started at 8:30 with about 15 minutes of guys arriving and greeting each other, followed by introductions by Rick Kramer, President of NER, and Tom Sudow, President of FJMC International. Rick showed a video about past Retreats. We then heard a short story from Hasidic lore, The Miser, from Rick Stone. He had performed at TheRetreat 2019 at Camp Ramah, telling a longer story in character, and was a big hit. Following Stone, Cantor Elias Rosemberg of Temple Emanuel Newton joined us and led Havdalah. 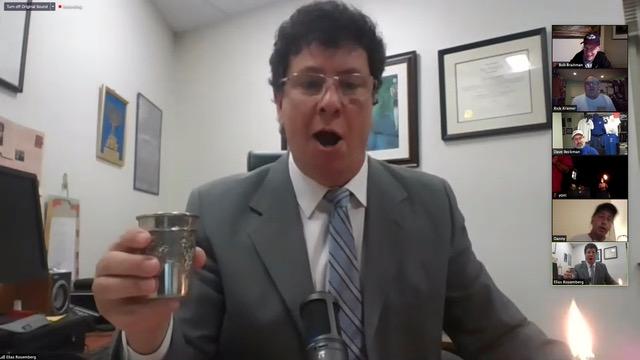 Following Havdalah, we gathered around the virtual campfire. 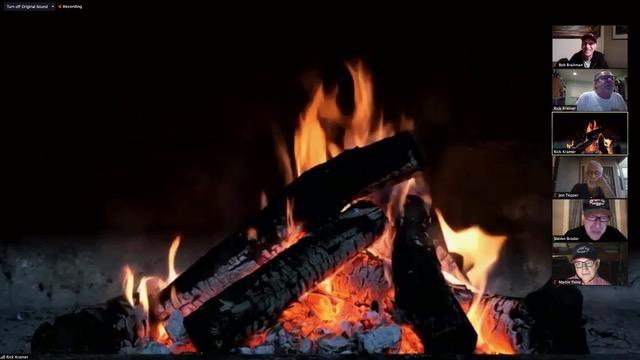 Bill Novak, a local author and joke collector, entertained us with a variety of jokes, mostly Jewish humor, for over an hour. 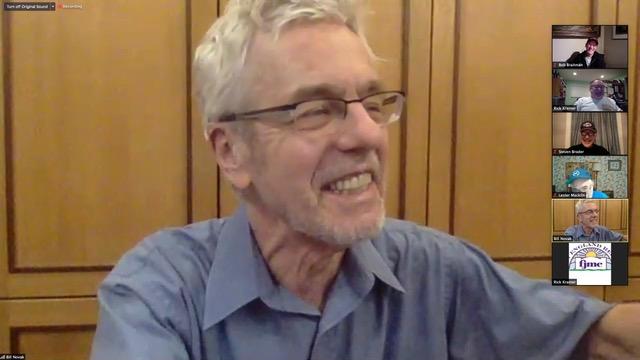 After Bill finished, guys stayed around the “campfire,” telling jokes and schmoozing.

On Sunday morning, men attended Zoom minyans at the shul of their choice. We recommended trying the Mindfulness Minyan, developed in conjunction with FJMC, at Temple Israel Natick led by Rabbi Liben and David Singer. After minyan, we reconvened on Zoom and split into small groups in break out rooms for a Virtual HMV session. The topic was Responding to George Floyd, and men were asked to discuss their own personal feelings about race and the current situation without getting into the politics of it.

After HMV, Rabbi Jeffrey Summit, former Director of Tufts Hillel and Professor of Jewish Studies and of Musicology at Tufts, gave an interesting and informative multi-media lecture about the Abayudaya Jews of Eastern Uganda and their music. Rabbi Summit has studied their music for decades, including many trips to Uganda, and was nominated for a Grammy award for the CD he made of it. He also described the 100-year history of their discovery of Judaism and conversion by Conservative Rabbis. 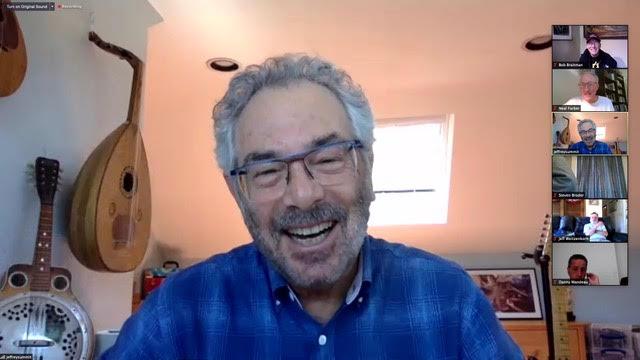 While the VeTreat was successful and well attended, the consensus was, as expected, that virtual is no substitute for the in-person camaraderie, fun and spirit of the real thing. The VeTreat ended with goodbyes and a call for “Next year in Palmer!”

If you would like to learn more about the speakers and their topics, please go to the NER FJMC web site VeTreat page.

I would like to thank Bob Braitman for the great screenshots from our VeTreat.