For many years, the Western Region Retreat was held in non-convention years at the beautiful Camp JCA Shalom in the hills of Malibu with beautiful hiking trails affording a view of the Pacific Ocean.  Our original plans for Retreat 2020 was to return there in the Spring of 2020; however, the Woolsey Fire in November of 2018 destroyed the campgrounds.  Undeterred, and while still financially supporting JCA Camp Shalom, Regional Leadership persevered and we found another location for our Spring 2020 retreat – at the AJU Camp and Conference Center in the hills of Simi Valley – one of the largest Jewish-owned pieces of property in the United States.  As the astronauts on Apollo 13 said after their center engine shut down 2 minutes early during lift-off, we thought that was our Retreat 2020 planning problem.

Then came the start of the COVID-19 outbreak in California in February and March of 2020.

By early March, Regional Training VP Jon Medwin and I were having discussions about postponing the May 15-17 2020 retreat and by March 20th, a decision was made to “partially cancel” our retreat.  In email postings sent far and wide, we asked Western Region clubs to hold the May 17th date for a Virtual Retreat.  Our next problem?  Nobody had done a virtual retreat before.  Jon Medwin and his committee had nearly fully planned our in-person retreat and now they were tasked with recreating a different retreat for Zoom… and the clock was ticking with less than 8 weeks to our target date.

Undeterred, by mid-April, an agenda with confirmed speakers was complete and we had three hours of programming, learning and camaraderie ready to go.  Our first speakers were among the younger guys in our regional leadership – Mitch Elovitz, Scott Vineberg, and Samuel Friedman.  They were tasked with putting together a presentation on A Younger Man’s Perspective of the FJMC.  Our second speakers, which included Jon Medwin, were to speak on Fundraising, while our finale speaker, Jimmy Tran, agreed to present on Beer Brewing for Men’s Club Programming.  We did have one other brief comedic presentation planned from Stu Wald, who gave a fictitious (fake news?) comedy sketch on a Viking attempt at a coup d’état in the Western Region.  As these programs began to materialize, FJMC Western Region Past President and AJU Board Member Bart Kogan was able to arrange for Joshua Jacobs, a Ziegler School 3rd Rabbinic Student, to offer spiritual words and some Torah learning at the beginning of our meeting.  With no caterer to secure, we were on our way.

Late April through the first two weeks of May were set aside for phone calls to club leaders throughout the region.  EMAIL blasts were sent out weekly with the agenda and Zoom information and this information was also posted on our Regional Facebook page and Web Page.  Invitations to the retreat were also sent to the FJMC International Leadership and all Regional Presidents.  Alan Budman also put the retreat links up on the FJMC Webinar listing.

As Sunday morning rolled around on May 17th, the Zoom attendees started popping up one by one… to a total of 55 guys.  Guys from all over North America logged in – Arizona, New Mexico, California, Nevada, Oregon, Georgia, Florida, New York, Canada, Ohio – and STAYED logged in for the nearly 2.5 hours of programming.  We built in short breaks between programming to allow folks to visit their OWN breakfast bar or bathroom.  From the opening drash to the closing discordant Hinei MaTov, the retreat was an amazing success.  Much like the Phoenix who rises from the ashes, we took our initial retreat plans (which ironically DID go up in smoke) and aborted our revised retreat plans (which were closed by COVID) to put on a virtual retreat that exceeded all of our expectations.  In place of snapshots, we took screenshots.  In place of a Shabbat evening Happy Hour, we held 2.5 hours of happy camaraderie.  But likely the best indication of our success? Less than an hour after the Zoom session closed and the meeting recording was still transcoding, we began getting requests from other regions for suggestions on how to put on their own virtual retreats.  Indeed, imitation is the most sincere form of flattery AND borrowing others’ successes is one of the best ways in which the FJMC carries on the mission of involving Jewish men in Jewish life. 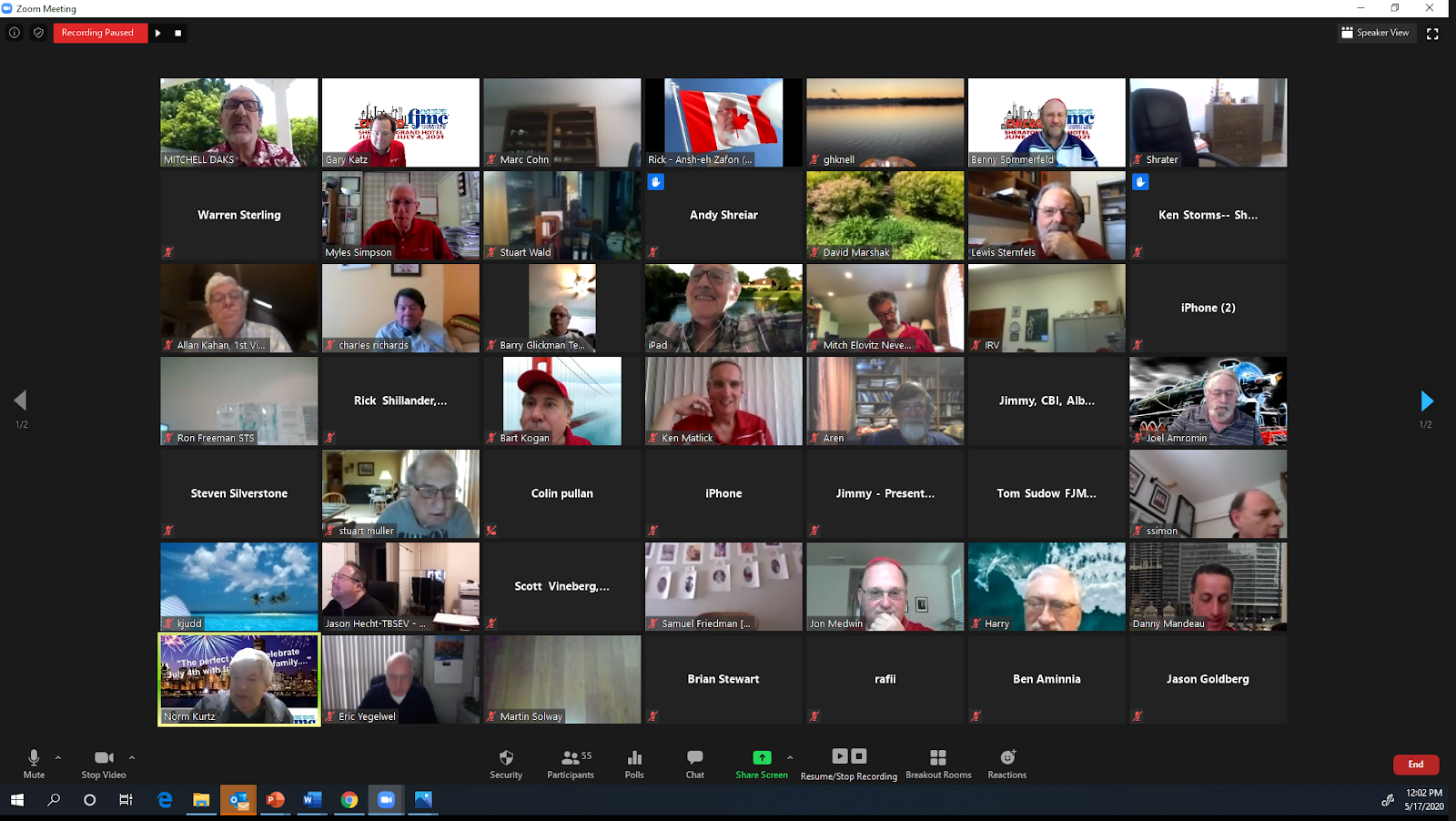 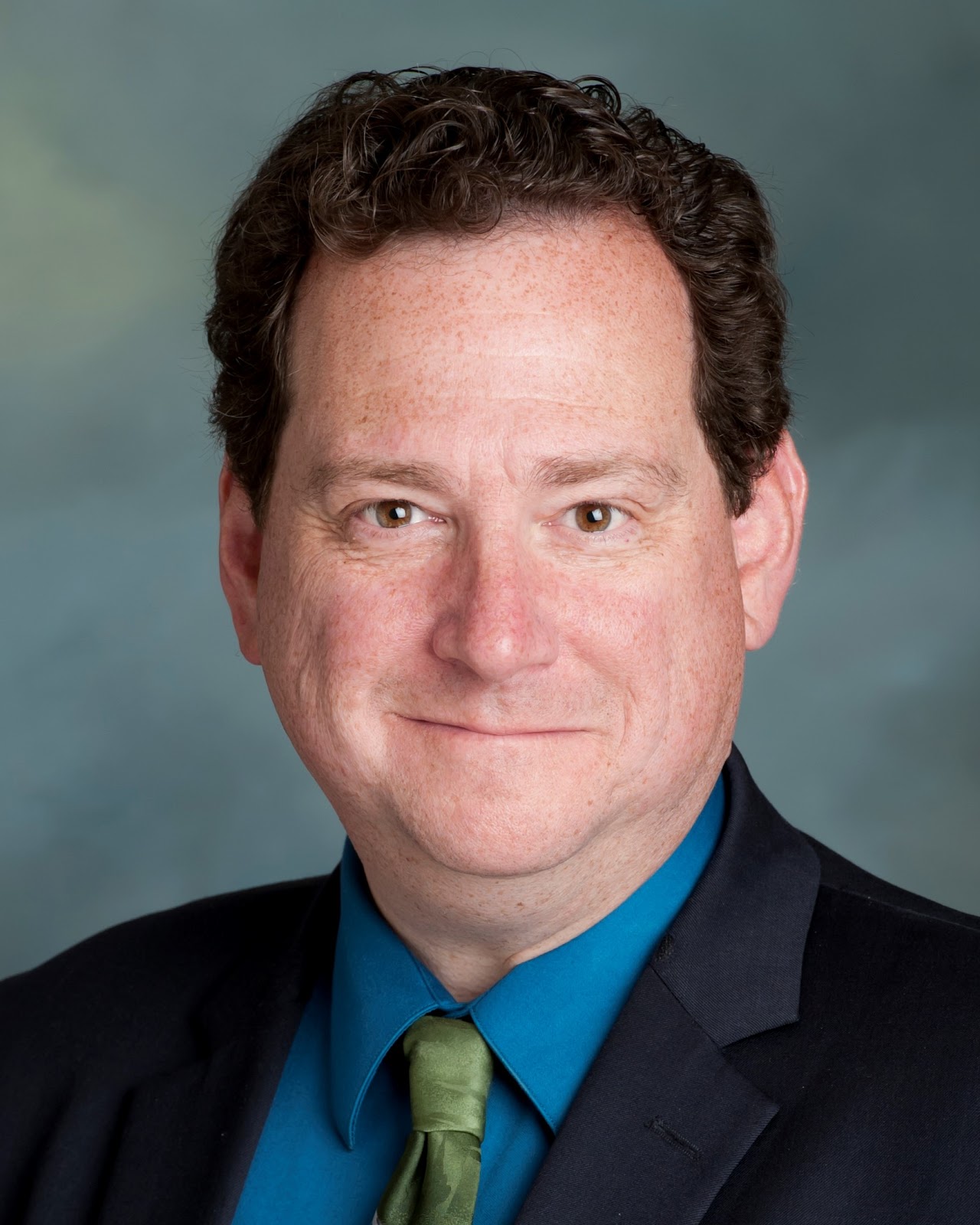 Gary Katz is currently the President of the Western Region and a Past President of Temple Etz Chaim and the Temple Etz Chaim Men’s Club in Thousand Oaks, CA.  He and his wife, Lynne live in Simi Valley, CA.  Gary is a Professor at California State University, Northridge and a practicing psychologist.